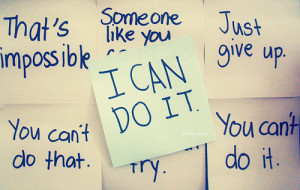 The last two days prior to the third training session were tough. Darren had asked us to start the “Master Cleanse”. This is where you eliminate food from your diet and drink special “lemonade”. The lemonade consists of water, natural maple syrup, fresh squeezed lemon juice, and cayenne pepper. You drink 6-10 glasses of the above and then at night you do a salt water flush. This is done for 10 days!!!

So, I am diabetic. I didn’t think this would work for me. I talked to Darren and he modified the cleanse for Dee and I. We had 1/2 cup of protein for breakfast, lunch, and dinner. We had fruit in the morning and veggies at night. Even with the modification it was tough! It is day 2 on the cleanse and I feel ok. The lemonade wasn’t so bad but the salt water flush was awful. It took a bit getting used to but I got used to the drink. I actually liked the lemonade. It is supposed to clean out the colon and has all sorts of wonderful effects on the body (better skin, increased energy, stronger hair & nails…etc.) I do miss eating the way I used to. It does take a while to get used to. I really wanted to be back on a normal diet but Darren had a firm NO. So, another few days at least before I ask him again.

The work out was tough! Darren worked us hard. First we started out with measurements, I hate measurements. Then we got right into the training. Boxing to start with (the way I like it), leg press, squats, lunges, squat holding weights, back leg reverse lift, chest/arm pull, weights over your head and arm squeeze machine.

Now, I don’t know the technical names of these machines but in my mind that’s what they are called. Ok, so with boxing this time we had to punch six times and then squat until it was time to punch again…….it was hard. Punch, squat, punch, squat and repeat. We are at 3 sets now and the time in-between sets has shortened. So, we are working harder and harder.

The weights went up on all arm exercises. Darren was really pushing us hard. I did have a few choices words again. L If I just say what is on my mind while we are working out then I feel better. Like when Darren will say “faster” I would say “you f*****”.” It released some pent up anger I was holding inside. The anger wasn’t towards Darren he just happened to be the one pushing me to go faster it was the anger of dealing with cancer and watching my husband go through what he had gone through. Flash back of the toughest moments would flash through my head and for the first time I was letting my anger out but in a positive way. With each punch I tried to punch as hard as I could; I never imagined that boxing would help me release my deepest, darkest pain. But it did. I can’t explain in words how that release felt. I have a lot more inside but I was finally letting my anger out and it was time. Darren probably has no idea what goes through my mind with every punch or that on some level he has helped me let go of my past that was holding me down.

As we continued the rest of the training I just wanted to put those boxing gloves on again and just let it go again. If you have anything buried deep that you need released then you too find Darren and put on a pair of gloves. Darren will let you know what to do next! And if you even think of stopping he will tell you to keep going! And that’s what it is for me. I need someone to push me to my maximum boundary and then some.

Darren knows I can do it and I came up with a lot of really great excuses but he doesn’t care. He will push you to do better, do more, and go past every limit.

I really believe that having Dee with me has made a huge difference as well. Watching her do the same exercises that I have done makes it somehow better. Sometimes she does the exercise first and then it’s my turn and I think if Dee can do it so can I! Between Darren and Dee I finally have the support that I needed to finally move forward with fitness and health. It has been a loooooooonng road to fitness.

Also, my food addictions have finally stopped. I guess being on this cleanse does make it possible for you to see that you really need to stop and think what you put in your body. I had forgotten all about that. The cleanse was a total mind f*** to start with. But I am on my way to 10 days. I really don’t think I will make it to 10 days but its ok. I have learned my lesson, and I hope I never forget this. What you eat is what you look like. That may sound harsh, but in my case it’s true. I ate whatever I wanted and on the outside I look like that.

But it’s all going to change because of Dee and Darren and my kids. I want to show my kids no matter how hard this is I will do it.

I will meet my goals. I will fight and keep on fighting for my health.